Paul Sliker has spent a decade representing renowned individuals, non-fiction authors, organizations and institutions in the worlds of economics, finance, business, technology, and public policy, helping them build and manage their traditional and digital media platforms.

Among the recent several bestselling books Paul has publicized are Out of the Gobi by Weijian Shan, Homo Deus by Yuval Noah Harari, Black Edge by Sheelah Kolhatkar, Dear Chairman by Jeff Gramm, and High Growth Handbook by Elad Gil.

He has a BA in English from Purdue University, where he served as the inaugural editor of JPUR, the university’s peer-reviewed undergraduate research journal published annually by Purdue University Press. Outside of Finn Partners, he’s an avid reader, writer, and commentator on macroeconomics, and co-hosts a podcast that focuses on heterodox economic schools of thought and promoting pluralism in the field. He resides in Brooklyn, NY.

The Power of PR – Effective Strategies in Today’s Competitive Market

Join four veteran book publicists for a spirited conversation about what’s new and effective in book publicity. These veteran publicists have worked with books in every genre, so no matter what kind of book you’ve written, this advice will be invaluable for you and your book. Our panelists will discuss top trends in PR, what works and what doesn’t, how to hone your message, realistic expectations of PR, advice for authors who can’t afford to hire a publicist, and much more. 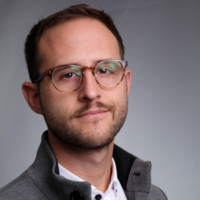